Snap-E Mouse Trap – How Well Does It Work?

Mouse traps with essentially the same design have been around for a very long time. There is a reason for this: they work. However in recent years some companies have tweaked the traditional mouse trap design in a few subtle ways to improve effectiveness.

One of these newfangled contraptions is the Snap-E Mouse Trap by Kness.

Description – How It Works

The design is simple: it’s your basic snap trap with a few minor (but significant!) tweaks.

Probably the most significant change from the traditional design is the vertical snap bar. This design means that the bar only has to travel the distance, and takes half the time. The biggest benefits, however, is that it means you won’t have to put your fingers near the mouse that you’ve captured in order to release it. You simply release using the other part of the L-shaped bar.

The trigger plate is relatively large compared to some other traps, virtually guaranteeing that the mouse will step on it when going for the bait. It’s also easy to set, and yet requires very little pressure to activate.

The trap is made of polystyrene (a type of plastic) with a metal bar. It’s very durable, but also lightweight.

Here are a few of the stand-out features of this mouse trap:

Unlike traditional snap traps which can have difficult-to-use-spring mechanisms, the Snap-E just uses a simple latch. Don’t let this fool you into thinking you that it makes the trap less effective, because it’s just as sensitive when a mouse steps on it. 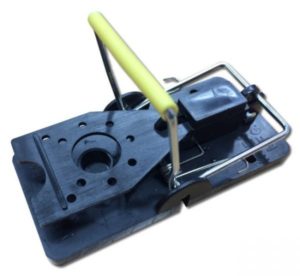 Notice latch mechanism to the right, and bait cup in center of trigger pedal.

This trap also has a convenient bait location, where you can put a glob of peanut butter of whatever bait you choose to use. It’s placed in such a way that the mouse will have to step on the pressure plate to get to the bait, ensuring capture.

The trap bar snaps down powerfully. This will usually result in an instant death for the mouse (no suffering), but in the unlikely event that the mouse survives, there’s no way it will be able to escape.

The unconventional vertical placement and L-shape of the bar makes it so that you can release the trap to dispose of the mouse without ever having to contact the corpse with your hands. Mice can be carriers of many types of diseases, and it is definitely a plus to be able to avoid direct contact whenever possible.

The durability of this trap means that it will pay for itself over time. The cheaper wooden traps tend to wear out with use, and sometimes the spring mechanisms stop working properly. Since the Snap-E uses a durable polystyrene latch, it should last a very long time.

While this is a great mouse trap, some users do report having issues.

While still quite compact, this trap is slightly larger than your standard wooden snap trap. This can potentially limit the places you can put it, although I doubt this will be an issue at all for most users.

By far the most common complaint customers of this product have is that a mouse has eaten or taken the bait without triggering the trap. Since the trigger pedal is highly sensitive, and the suggested bait location could not be reached by a mouse without stepping on the pedal, it is almost certain that these customers are placing the bait incorrectly.

It’s definitely important to make sure that the bait is placed close to the center of the bait cup, so as to force the mouse to step on the trigger to get to it.

Reviews – What Others Are Saying & Final Verdict 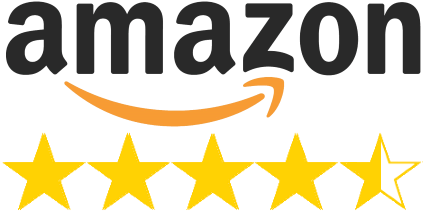 Looking around the internet for reviews, you will find that this product has OUTSTANDING customer reviews from every online retailer that sells it.

At this time of writing this, the Snap-E has over 1000 reviews on Amazon.com, with an average rating of 4.5/5 stars. This makes it one of the highest reviewed pest control products on the entire site, and it is very uncommon for a rating to remain so high with so many reviews.

The only possible conclusion is that this product truly is good, and absolutely worth the (inexpensive) cost.

Here are some selected excerpts from Amazon reviews:

Do you have those sneaky kind of mice that you see the evidence that you have them but the traditional methods are not working to trap them? Do the mice scoff at your feeble attempts of trying to trap them using one of those peanut butter glue traps hoping that they will get caught on it? Do you have mice that are so allusive and aren’t dumb enough to trap themselves inside of your mouse hotels? Ok, well look no further than these Snap E-Mouse Traps. THEY WORK! – YhwhKhai

Here is a person with extensive pest control experience raving about these traps. I don’t think he’ll be using other traps any time soon.

Within an hour of setting four traps, we caught four mice. One trap caught two in a row. I assumed I’d need to clean the traps between catches, but no blood or external injury was evident on the first mouse, and I simply re-set the trap in place (wearing gloves, of course). The second mouse was caught in the same trap almost at once. I suspect the fact that the kills were clean meant less smell of trauma, making the traps effective for repeat catches. – F. Rogers

4 mice in 1 hour? Not much more to say about that, they obviously worked!

Picked these because they had the best rating, but I tried peanut butter, cheese and bread. All were gone in the morning with the trap snapped, but no mouse on any of the traps. – Jared Calhoun

As I stated earlier, some users did have problems with the bait being taken without the trap going off. This is most likely due to improper placement of the bait.

Where To Buy (Best Price!)

This product can be found in some retail stores such as Walmart, Home Depot, Menards, and other home improvement or general merchandise stores.

It is drastically cheaper to but it online from Amazon.com 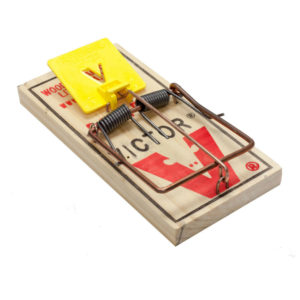 Click here to buy The Snap-E Mouse Trap at the current lowest price.

How To Identify And Get Rid of Deer Mice

The Advantages And Disadvantages Of Using Mouse Poison

Where Should Mouse Traps Be Placed?

What Is The Best Bait For Mouse Traps?

Boric Acid For Mice – Effective Or Waste Of Time?

How To Get Rid Of Mice In Your Crawl Space 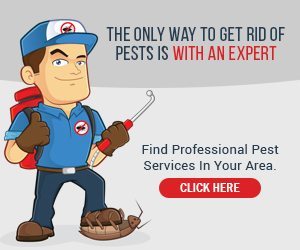