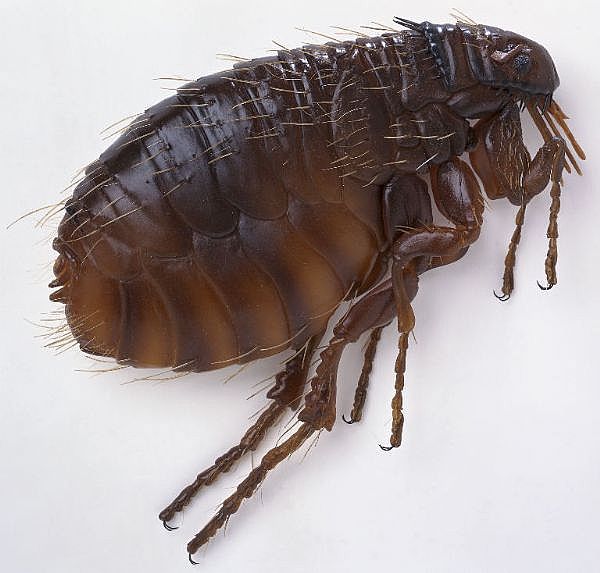 Appearance: Fleas are small, wingless insects with mouthparts which are highly adapted for piercing skin and sucking blood. Adult fleas are typically 1-2 mm long, which makes them visible to the naked eye, but you will have to look carefully. Most fleas are some sort of reddish-brown color.

Region & Habitat: Fleas are capable of living anywhere that their hosts live which, in the case of cats and dogs, is nearly everywhere in the world. The fleas mentioned (cat and dog) do not necessarily live on those particular animals, and will even bite humans if given the opportunity.

Behavior: Fleas are external parasites which feed on the blood of their hosts. They have long, powerful legs which enable them to easily jump from host to host. Upon reaching adulthood, female fleas often begin laying eggs within 48 hours of finding a new host, and a single female can lay as many as 4000 eggs in her lifetime. These eggs will then go through 4 life cycle stages, hatching as larva, before becoming pupa, and finally imago (adult) fleas.

Why They Are Pests: Fleas can not only irritate skin with their bites and leave marks, but some are capable of spreading diseases or causes allergic reactions in their hosts.

How To Get Rid Of Fleas