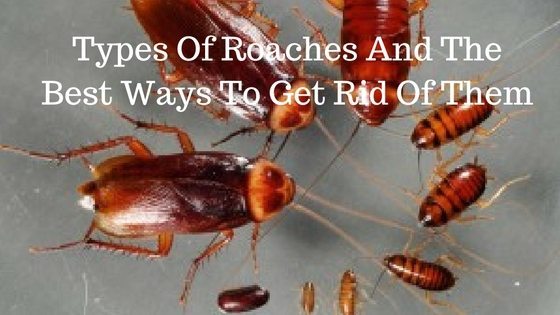 Although there are about 4,600 types of roaches, it’s just a small handful of their species that make them one of the disliked insects on the planet. Entomologists date them back as far as 320 million years ago, and when it comes to getting rid of those few that share our homes, that’s a good thing to remember.

They have a long history of survival on very little, and even inhabit places as far north as the Arctic and survive by making its own antifreeze. Most of the roaches, especially those that make it into homes, need warmer environments that offer ready access to food and water.

As adults, these roaches are also known as sewer roaches and water bugs. They’re among the larger roaches, averaging 1.5 inches with large, visible wings they’ll use when temperatures exceed 85 degrees F. Found in wood piles or decaying vegetation, these roaches make their way into your home through larger cracks and open windows and doors in their search for water.

They’re a pest primarily in the summer months and prevention consists of sealing all the entry points into your home and keeping landscaping debris away from the foundation for your home. A dusting of borax or diatomaceous earth (DE) or borax will help control them. DE is a natural, harmless way to kill insects because it dries their shells out. Borax and boric acid are toxic to roaches when ingested, an unfortunately, they’re also toxic to children and pets.

By far the most common and persistent roach found in the U.S., the German roach requires substantial effort and sustained energy to eliminate. Once it makes its entrance into your home, usually from a box or paper grocery bag, it finds its way into the smallest cracks where it lives and quickly multiplies.

The German roach prefers to live in tight spaces and needs small amounts of food and water to thrive. A crumb on the floor or counter is enough to keep it going. These types of roaches have survived for millions of years and are the most challenging to eradicate. Not only will they eat food, they’ll eat toothpaste and soap in the bathroom, solid waste from pets, and if pressed by hunger, the dead carcasses of other roaches.

Getting rid of German roaches is difficult, at best. Sprinkling borax and DE in places where children and pets can’t reach helps. The roach baits and poisons sold in stores may or may not wipe out the infestation.

Many times, people need to turn to a professional exterminator to rid a home of these pests, particularly when they inhabit high density residential buildings. Normally only active at night, seeing a German roach during the daytime often signals an extensive infestation that requires treatment from a pro.

Such an infestation poses health problems because German roaches access areas where e-coli and salmonella bacteria may be present, which they spread to anything they walk over. They also leave their waste droppings behind that can trigger allergies and asthma, or illness from accidental ingestion.

Distinguish the brownbanded roach from the German by looking for a yellow band that runs across its head. The former also rely less on water and will inhabit any room in your home, particularly the dark corners of closets, beneath appliances, and even inside furniture.

They may not need to drink much water, but they do need to eat and do make their way to the kitchen and bathrooms to do so. Control and eradication of the brownbanded roach is as difficult as its German cousin. Baits, powdered barriers and strict cleanliness in the kitchen and baths may help.

Although most roaches don’t like the cold, the oriental roach can survive in low temperatures. They’re found primarily in crawl spaces, around garbage cans, floor drains and water meters. In cold climates, this roach will find a place to shelter itself slightly below ground. It enters your home only as a last resort when food and water are scarce, or temperatures plummet. It will seek refuge inside basements and foundations, and even in rock piles to weather out the winter.

The best way to prevent infestations is to keep moisture away from the foundation of your home and screen access points from dryer vents and overflow drains.

Floridians call this species the Palmetto bug. It’s similar to the American roach, but distinguishable by the yellow band that runs horizontally over its head. It’s among the larger outdoor roaches that make their way into homes for water, primarily, and food is a second thought.

Found mainly in southern states, this roach can be controlled by keeping the perimeter of the home dry and removing dead vegetation. Sealing the cracks and gaps will prevent its entry. For a large roach, it flies very well, so it’s important to keep window and door screens in good repair. Dusting with DE or boric acid helps keep infestations lower.